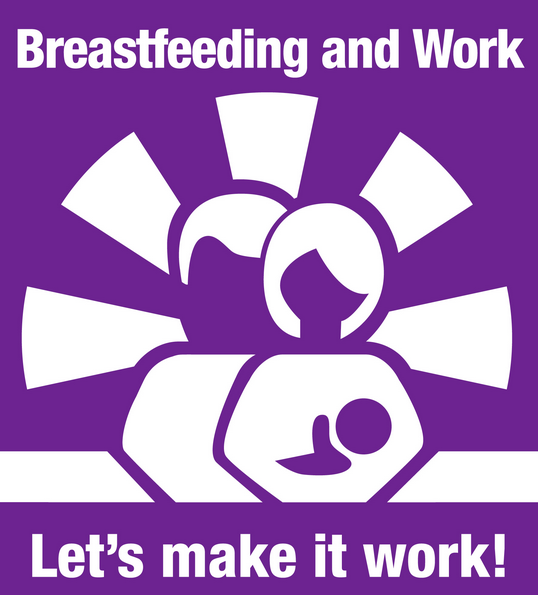 See note at bottom regarding Global Big Latch On and sponsorship - added May 10, 2015

The Global Big Latch On has confirmed in private correspondence with Human Milk News that they will be moving forward with the 2015 Big Latch On without the sponsorship of the controversial Mother's Milk Cooperative.  (See Human Milk News: "Who Owns Breastfeeding: Why I'm troubled by the Big Latch On: April 2014)


WABA does not accept sponsorship of any kind from companies producing breastmilk substitutes, related equipment and complementary foods.

WABA encourages all participants of World Breastfeeding Week to respect and follow this ethical stance.

This means no partnerships with pump companies, whether they are Code compliant or not, limiting the Global Big Latch On's ability to sponsor with major companies with a vested interest in getting in front of pregnant and lactating consumers who may not even be in the market for a breast pump. I think this is a good thing. Ethical partnerships are critical to supporting breastfeeding families in meeting their goals.

I'm relieved to see the arrangement with the Mother's Milk Coop/Medolac come to an end and I hope the Global Big Latch On holds off entering into any sponsorship arrangements with any companies who profit from the sale of human milk. The debate over the commercialization of human milk is starting to heating up and Global Big Latch On doesn't need to be associated with the controversy. (See New York Times: Breast milk becomes a commodity with mothers caught up in debate" March 20, 2015)

I'm looking forward to this summer's Big Latch On events. I hope they are able to make it the sponsorship component work so breastfeeding families are free to gather in an environment that doesn't feel coercive. I know organizers will be relieved knowing they can jump on board without compromising their own positions around ethical sponsorship and predatory marketing.

Big Latch On has just announced a sponsorship arrangement for the 2015 Big Latch On with breast pump company Ardo Medical. The good news: Ardo is Code compliant. The bad news? The Code is a minimum standard, and World Breastfeeding Week organizer WABA has policies for ethical sponsorship that go beyond the Code. WABA has outlined its policy around sponsorship of World Breastfeeding Week, asking all participants to respect and follow this ethical stance. It provides this more detailed explanation on its website:

Jodie, you are an amazing blogger.... Smart and of the highest ethical standards. Keep posting on the commodification of breastmilk, this is such an important topic!
Appreciatively,
Cathy Rasmussen, RN, IBCLC

As a mother of a child with oral defects that prevented her from successfully nursing, I understand the importance of breast pumps to be able to provide breastmilk for her for 21 months. Mothers with preemies, adoptive mothers, etc. NEED companies like ARDO that are WHO Code compliant to rely on. WABA should make exceptions and not let these women feel inferior for giving the best they can for their children.

Lucy, thanks so much for posting. I'm glad you commented. WABA has taken a position on the marketing of breast pumps, not on the products themselves. WABA's concern is: "that pumps and other devices are now marketed in a way that induces women to use them unnecessarily, adversely affecting breastfeeding and maternal and infant health." That's not at all the same as pumps used to ensure that human milk gets to babies who cannot feed at the breast. WABA is careful to note that there is a real market for breast pumps that "needs to be understood and respected."

The global breast pump market is projected to be worth $1 Billion by 2017, up from $600M - most of the growth is predicted to be coming from the United States. I am thrilled that families in the US now have several Code-compliant pump companies to choose from.