Tomorrow I'm getting up early and driving to Calgary to cover this event, Thank You for the Status of Women - Meet Up & Picnic, for Human Milk News.

It's a gathering and a picnic on the lawn of McDougall Centre, outside where the new cabinet is meeting, to thank and celebrate Alberta's new government for keeping its election promise and appointing a Status of Women minister. (See the Edmonton Journal's "New Women's Minister faces troubling numbers" unfortunately behind an annoying paywall.)

This is an important time for Alberta. With a record number of women elected to the legislative assembly - half the NDP caucus! - and the follow-through on its promise to "create a Women’s Ministry to lead initiatives for greater gender equality in Alberta," women have something to celebrate!

The event is also a call to Premier Notley, who is in the midst of her first cabinet meetings, to direct her health minister to address infant and maternal health as a key priority.

Infant and maternal health, who could possibly be against that? Alberta is in the midst of a baby boom, with 55,000 babies being born each year, of course it's a priority - babies don't wait to be born, we all know that? Right? Except infant and maternal health has been low on the totem pole in this province for as long as I can remember. Notley and her cabinet have a chance to change this.

The women in Alberta who are pregnant right now deserve healthy pregnancies, and healthy babies. Alberta needs families with healthy mothers and healthy babies. In every country in the world, success in protecting and nurturing pregnant women and their babies is a key measure of the ability to prosper. Alberta is not an exception to this.


Here are just some of the issues I'll be covering when I live-tweet and blog from this event at noon tomorrow on the lawn at McDougall Centre:

- Alberta is behind every province in Canada on implementing the Baby Friendly Initiative, which is global program designed to improving the health of babies. At the National Symposium on the Baby Friendly Initiative, held in Edmonton earlier this year to try to kickstart things in this province, we heard there are dozens of BFI facilities in Canada - but none in Alberta. We've barely begun this journey, and it needs a real and immediate boost if we are to come up to the level of Canada's leading provinces, Ontario, BC, and Quebec.

- Our midwife shortage is so acute, our midwives can't even get midwives for their own births. And we learned about this because the British Broadcasting Corporation is covering it!  "Why one Canadian midwife won't be giving birth at home."  - BBC May 24th, 2015. We will save $7 million per year according to AHS figures if we bring our midwifery utilization rate up to that of neighbouring British Columbia. We have our first ever graduating class of midwives about to hit the pavement to search for jobs, but they won't be hired in Alberta. There is a cap, despite hundreds of women being on wait lists for a midwife. Alberta's new midwives will have to leave the province to get jobs.

- Breastfeeding rates are dropping in Alberta. The number of women who start breastfeeding in hospital was 92.7 per cent in 2005, 92 per cent in 2007/08, and 90.8 per cent in 2009/10. Before they even leave the hospital, the babies of women who want to breastfeed are being fed infant formula, in large measure because of a lack of support to breastfeed from overworked and undertrained hospital staff.  In the city of Calgary, the number of babies still exclusively breastfed at their first health visit drops to 44 per cent. I can't even show rates across Alberta, because we don't publish them anymore and there's doubt that they're even being collected! The numbers I'm quoting above come from the volunteer efforts of an unfunded committee to extract them from the remnants of our old regional public health system.

- Women in rural and urban Alberta have very limited maternity care options. Some must travel vast distances for obstetric care. There are no few midwives outside of the Edmonton and Calgary regions. The Maternity Care Consumers of Alberta Network did extensive interviews in 9 communities and surveyed women from across Alberta last year, and turned up thousands of upset and frustrated families, especially in rural Alberta. They also heard harrowing tales of women with high-risk pregnancies not receiving the care they need, while healthy women were forced to give birth in high-risk settings, wasting precious specialist resources. Health care providers also spoke out about burnout and stress. 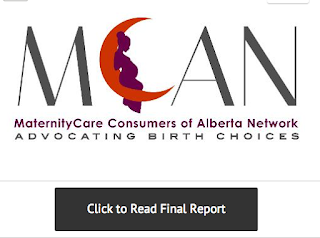 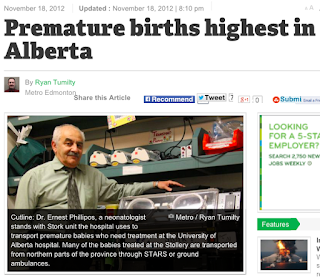 - Our C-section and premature birth rates are too high. Birth statistics are easier to come by than breastfeeding stats, and they tell a terrible story. I'm the same age as Rachel Notley. Between the time that I started having babies until the time that I stopped, Alberta's c-section rate rose from the low teens, which was only slightly higher than what the World Health Organization says is optimal, to an eye-popping 28 per cent. Our province also has the highest premature birth rates in Canada, and one Lethbridge researcher thinks it's linked to stress. Lethbridge is one community where women are not able to access all the maternity care options they need.

- Although our Human Rights Commission asserts women are free to breastfeed anytime, anywhere in Alberta, I continue to see reports of significant breastfeeding harassment, and Calgary appears to be a hotbed of intolerance towards breastfeeding. A local radio station recently compared breastfeeding in public with "armpit sniffing" and "snot rockets." Last summer a woman was shamed for breastfeeding while in the grandstand at the Calgary Stampede! You can call that cowboy culture, but I don't think so, all the cowboys I know understand exactly how important it is to protect breastfeeding - they pay a fortune for bovine colostrum when the mama cow can't breastfeed a calf. Right now in Alberta people are being evacuated due to wildfires. Our government has an entire brochure telling ranchers how to protect their livestock in case of wildfire, but it has not taken action to address the need to protect vulnerable infants during times of disaster - especially vulnerable are our First Nations families. Nothing has changed since I wrote this post in 2011 after the Slave Lake fires: Natural Disasters, Are We Doing Enough To Protect Infants?"

These are just some of the infant and maternal health issues we face. These issues matter. These women matter. These babies matter. I'm so pleased to see a Status of Women ministry, and I'm hopeful this government will make infant and maternal health a priority. And tomorrow, Alberta women will be dropping everything to head to McDougall Centre to celebrate - and to see if their new government walks its talk. 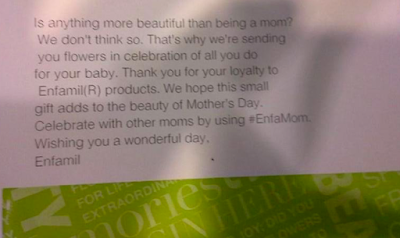 This Mother's Day some Enfamil infant formula users received deliveries of fresh tulips as thank you for their loyalty to Mead Johnston's Enfamil brand. Moms were encouraged to share using the #EnfaMom hashtag, turning their gift for brand loyalty into free advertising for the brand. 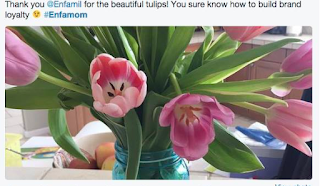 Once again the mighty multibillion dollar formula industry flexes its mom marketing muscles and this time it's messing with my Mother's Day bliss.

The most concerning thing about coercive and predatory marketing is how pervasive it is at local, most intimate levels. Most mothers who have given birth in the last few years in North America will tell you they received shipments of infant formula directly to their door, timed to coincide with their baby's birth. Some are given formula company gift baskets by their personal obstetricians. Keep in mind the relationship of trust and intimacy between a woman and her OB/Gyn.

Many celebrations designed to bring mothers and families together for mothering and infant feeding support are infiltrated by infant feeding product marketing. Infant formula companies are even using the United Nation's 1,000 days campaign as a springboard, according to the Irish Examiner:


"...It is revolting that any company would seek to piggy-back on the UN’s 1,000 Days campaign in a world where 830,000 babies die every year because they weren’t even breast-fed for an hour. You can argue whether the UN project has any place in Ireland or not but it certainly doesn’t have any place in the Rochestown Park Hotel with Neven Maguire or in Tesco stores where First 1,000 Days “exclusive goodies” are being handed out or at First ,1000 Days Baby Fair to be held in Belfast next year. 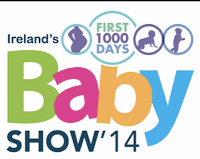 I applaud organizations who are taking an ethical stance and ensuring their events are free of coercive marketing.

Organizations and individuals who participate in events like Quintessence's Breastfeeding Challenge and their new Express Support virtual event, La Leche League USA's Live, Love, Latch, or Best for Babe Foundation's Miracle Milk Stroll, often tell me how appreciative they are of these organizations' commitment to ethical partnerships. This means public health nurses, La Leche League leaders, or moms who want to organize an event for their friends, can participate freely without worrying that they are sending families - and especially new families with a first baby - into an environment where they are subjected to coercive or predatory marketing.

The original founder of Mother's Day, Anna Jarvis, wanted a holiday for mothers. The day was never a holiday, and before long it had became so commercialized by Hallmark that Jarvis started protesting. She was arrested in 1948 for disturbing the peace while rallying against it and her reputation was besmirched by media outlets with a vested interest in the commercial venture it had become - she is often portrayed as dying alone, crazy and embittered in an institution.

And now on this Mother's Day we have infant formula companies, who famously spend billions getting hospitals and doctors and nurses to peddle their products, sending flowers right into the homes of mothers.  I wonder if Anna Jarvis saw this coming?

Posted by Jodine Chase at 10:09 AM No comments: