Bloomberg News is reporting on the business of human milk, defining the issue in the narrow terms of the marketplace in its story today, "Moms Selling Breast Milk Online Draw Safety Rebukes From U.S" by Stephanie Armour. 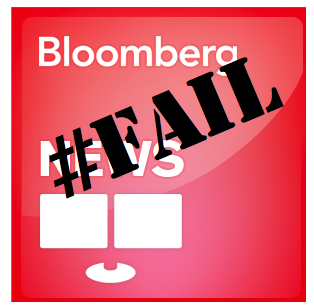 Bloomberg misses a big chunk of even this narrow slice: why is there a sudden strong demand for human milk, appearing to outstrip available supply? And who profits from the scarcity?

The article focuses on calls for regulation as the growing demand for human milk fuels individuals offering it up for sale through onlythebreast.com, and the emergence of milksharing networks like Human Milk 4 Human Babies.

It's Bloomberg, the business news service, so the perspective on supply and demand, commerce, and human milk as a commodity is to be expected:

"Breast milk is becoming a commodity. With more than $30 million in private funding, Prolacta Bioscience Inc. in Monrovia, California, uses donations to make a human milk fortifier costing as much as $10,000 per hospital stay for a premature infant. Nonprofit U.S. milk banks report they did as much as $9 million in sales last year."

Note though how Bloomberg refers to non-profit milk banks as doing "as much as $9 million in sales..." In fact, North America's network of a dozen woefully underfunded non-profit milk banks under the Human Milk Banking Association of North America umbrella recovered $9M of the cost of processing milk, through a fee. But reporting it this way would distract from the story's main angle - that the commoditization of human milk has resulted in women selling and donating their own milk in an unregulated, or free market.

Where there is a free market, the two sides of human nature come into play: There are non-profit milk banks, and now a company selling human milk products. People are selling human milk on the Internet, others engage in commerce-free milksharing on social media sites.

In a business story, whenever there is a free market, the call to regulate isn't far behind. Bloomberg's story quotes a doctor who says women are "playing Russian roulette." The US Food and Drug Administration's recommendation against the practice of selling or buying or sharing milk on the Internet is featured prominently along with FDA confirmation that it does not have the authority to regulate breast milk sales and donations.

Bloomberg's presumption is that consumers of human milk from any source other than HMBANA milk banks or Prolacta are not taking appropriate precautions. Bloomberg presumes the risk of illness in the ultimate consumer – the baby – from pathogens in human milk, is greater than the risk to the baby of illness from the only other product available to most families, infant formula. Yet available evidence seems to show formula feeding carries greater risk.


Bloomberg briefly quotes HM4HB's Emma Kwasnica who says agencies should develop safe milksharing guidelines and not just issue warnings. Kwasnica has been a strong spokesperson for milksharing and has talked at length to many news organizations about the steps families take to ensure safety. Yet Bloomberg doesn't explore this example of the consumer taking things into her own hands in the absence of a safe, affordable product. Bloomberg reports Kwasnica's objections to safety warnings noting they stem from a patriarchal system that devalues women.


So here we have the lactating mom turned consumer activist portrayed as a radical feminist. Bloomberg retreats quickly to another source with a CEO after his name.

Its closing interviews Bloomberg quotes Prolacta's Scott Estler, saying the company is in fact regulated because its product, a fortifier made from donated human milk and sold at $185/ounce to hospitals, is considered an infant formula, and noting its sales doubled in 2011 over 2010.

And it quotes Pauline Sakamoto of the non-profit HMBANA San Jose Mother's Milk Bank, which has been unable to keep up with the growing demand for donor milk. Sakamoto appears to be calling for action against the informal human milk market, with her comment:


"It's going to take one child to die for someone to do something about this."

It's ironic this call for regulation should come on the same day as a story out of Missouri about a 10-day-old baby who died from infection from a rare bacteria found in powdered infant formula. The FDA has not recalled the product, although the local Walmart did pull it off the shelves. This is not the first illness or death from infant formula, but, unlike other product-caused consumer deaths the story doesn't appear to have legs, at least not in the business press.

Leaving the consumer death angle aside, no business story is complete without a marketing angle, yet Bloomberg misses it.

Here we have strong demand for human milk driven in part by marketing efforts of Prolacta to sell its product. Prolacta has funded research showing what many experts have long suspected - human milk lowers the risk of death in premature babies. NICUs go to great lengths to encourage mothers to express their own milk for preemies, and HMBANA milk banks are seeing more and more demand for their donor milk from NICUs. The smallest of preemies can't get the nutrients they need from human milk alone and the practice is to fortify human milk with additional nutrients. Until Prolacta came along, researchers, governments, and underfunded HMBANA milk banks were unable to provide NICUs with a human-milk derived fortifier, and so NICUs used, and many still use fortifier made from cow's milk.

The cow's milk-based fortifier does improve growth but it also increases the risk of necrotizing enterocolitis (NEC), which costs hundreds of thousands per patient to treat and is a leading cause of death in premature babies. (Yes, that would be a product-caused consumer death.) The $10,000 cost per consumer of providing Prolacta's product as cited above is small change compared to the cost of treating one case of often-fatal NEC.

And here is where the law of supply and demand comes in. Once NICUs, with industry funded research designed to market a product in hand, were able to prove the benefits of human milk for preemies, demand for donor milk from HMBANA milk banks soared, leaving the milk banks with less milk for moms in need in the community.

Bloomberg doesn't explore the supply side of the argument - why do so many babies, outside of the NICU, need donor milk? Kwasnica has argued famously that human milk is not a scarce commodity, and blogger Annie Urban has written about this over on PhDinParenting where she points out:

"formula company profits depend on breastmilk being scarce."


Sales of infant formula in the US are around 3 billion dollars per year, dwarfing the $30 million in private investment for Prolacta and the $9 million in human milk "sales" by HMBANA last year.

Once you move from saying "if you breastfeed, your baby will be healthier" to "if you feed infant formula, your baby will be sicker," women think about infant formula in a new way – as something that could harm their baby. The heyday for infant formula market share was the 1950s. Even at a time when women were mainly at home raising their babies, breastfeeding rates dropped as low as 10 per cent in some areas in the face of strong marketing. In theory almost all women who give birth can make enough milk to feed their babies, and a great number of them can produce more than enough milk. Only 2-5 per cent of women can't physiologically make enough milk to feed a baby. But in practice many things – from health problems to breast surgery to misguided interventions to short maternity leaves – interfere with a new mother's milk production. Some women don't want to breastfeed. But the vast majority of women who are not breastfeeding don't choose to stop. They lack the support to continue.

The sabotaging of the supply line – both inadvertent and deliberate – is unmentioned in the Bloomberg article, but it's the reason why there is a perceived shortage of human milk.

And it represents a failure of health care professionals, hospitals, families, employers, and reporters and the mainstream news media.

Where there is scarcity in the market, prices will be driven up, and consumers will seek out alternatives. Mothers will do what they think is best for their babies, and there's no turning back the clock – health professionals cannot stop talking about the risks of infant formula. They cannot honestly say infant formula is fine, and there's little if no evidence right now that the risk of milksharing is higher than the risk of feeding infant formula. Women will seek out human milk for their babies long as there is a need.

But Bloomberg isn't in the business of delivering news about solving problems that erase the opportunity for profit, so it's not going to explore alternatives to regulating the marketplace.

Governments and health authorities - you have a problem! Breastfeeding is broken. Most mothers under your authority are not able to meet their own breastfeeding goals, let alone the goals you set for them. Mothers in much of the developed world are not meeting your bare minimum recommendation to breastfeed exclusively for six months. You want to fix the problem? Create proper supports for breastfeeding women and fund them properly. Introduce guidelines designed to reduce the risk of milksharing for those who still need it. Fund milk banks. Fund research.

Once the supply problem is fixed, the market for the sale of alternatives to breastfeeding will dry up.

And Bloomberg will see no news value in covering the story of a human milk commodity shortage. Instead it will be covering the scramble by infant formula companies to diversify their product line.

This article is by Jodine Chase, who is a professional news analyst. Jodine is a long-time breastfeeding advocate who, as a volunteer, has worked for years to reestablish human milk banks in Canada. She volunteered some of her time earlier this year to Human Milk 4 Human Babies.


Update, Dec 22, 2011 - SFGate.com is running a shortened version of this story on its website today with this headline: FDA cautions against using secondhand milk. Really? "Secondhand" milk?

Update Nov 2, 2012 - Updated to replace link to original story - SF.Gate has taken it down, but it was syndicated and is still up elsewhere.
Posted by Jodine Chase at 2:09 PM 6 comments:

Enfamil powdered infant formula, purchased at a local Walmart in Missouri, is being tested after this baby died from a rare bacterial infection. There is no recall but Walmart voluntarily pulled Enfamil products from its shelves in the town.


LEBANON, Mo. – In the midst of the holiday season, one family here is dealing with heartbreak. Their infant son died Sundy night after contracting an extremely rare bacterial disease. Now federal researchers are testing the formula eaten by the baby as his family searches for answers....

Posted by Jodine Chase at 8:28 AM No comments: