Indy, LLL latch-on events sprouting up across Canada and the US

It's a celebration of breastfeeding! Women gather in the same place and latch on their babies all at once. The idea started in Australia in 1999 when 536 children were latched on and was picked up the following year by Quintessence Foundation. Every year Quintessence hosts the annual Breastfeeding Challenge in October during Canada's national breastfeeding week. By 2003 the celebrations had expanded to sites around the globe.


"The organizers of this massive 2007 event, the Children for Breastfeeding and the Nurturers of the Earth in partnership with WABA, explained that "these events were organized because at the time, US lobbyists and businesses were trying were trying to get the Department of Health to water down breastfeeding advocates efforts to strengthen the laws that protect breastfeeding. The battle with the companies reached the Supreme Court and the halls of the Philippine Senate and Congress in public hearings."  This was certainly an impressive effort!" (From History of the Quintessence Challenge) 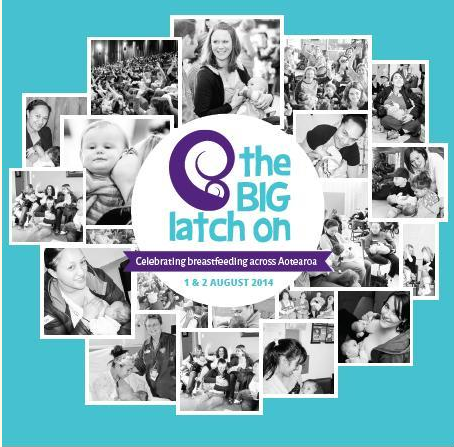 New Zealand has been hosting a latch-on since 2002 and has had over 1,000 moms and children breastfeeding at one site. In 2005 the Big Latch On initiative was started by the Women's Health Action Trust in New Zealand to coincide with World Breastfeeding Week in August. There are now almost 100 sites in New Zealand. In 2011 the movement was brought to the USA by the company Small Beginnings Group and according to their website the The Big Latch On grew with the support of La Leche League to include sites across the US. 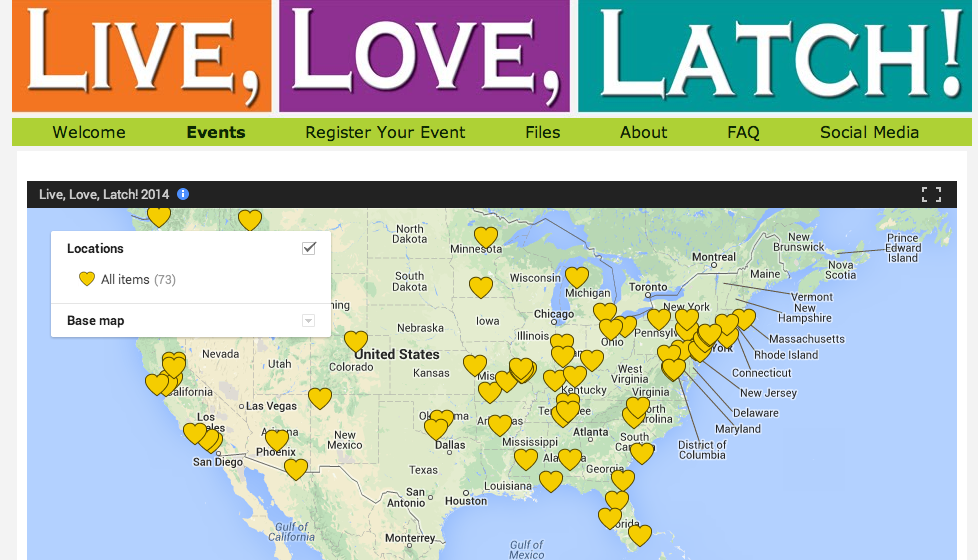 LLLUSA and Indy latch-on events
Concern over private ownership and inappropriate corporate sponsorship has led to an pause in the partnership between The Big Latch On and some non-profit organizations. La Leche League USA is hosting latch-on events under its own umbrella "Live, Love Latch" site and there are also independent latch-on events being held:

See also: Who own's breastfeeding, or why I'm troubled by the Big Latch On this year

Thank you for writing this great article and covering all these events! We're excited that we currently have 120 locations listed for Live, Love, Latch! and look forward to seeing it grow in the years to come.

Thanks for explaining the intent of Live, Love, Latch! Michelle. :) -- Jodine